The Differences Between A Blender And A Food Processor

Blenders and Food Processors look pretty much the same to some people. However, both have different attributes and demands. While most people know what a blender really is, they tend to mistake food processors for blenders.

Now, it’s all about chopping and cutting. But then again, there are some things that either one of them can do while the other can’t. You want to know what is the difference between a blender and a food processor? Here’s what you need to know.

Difference Between Blender And Food Processor - The Introduction

Want to know how is a food processor different from a blender? I’ve broken down everything for you in brief detail. Here’s what you need to know.

I don’t think you need much of an intro about the blender. People use it so much, it’s hard for me to even think that you didn’t see one yet. Like, Come On! Your mom never made you a juice?

But let’s just say you came from some other planet and you really don’t have a clue on what a blender really is; here’s what you want to know.

Blender, as the name hints, blends solid ingredients and liquid ingredients. Veggies, fruits, you name it, you just put them into the blender, turn it on and Vroom! See all those solid veggies and fruits turn into liquid juice or smoothie in no time. 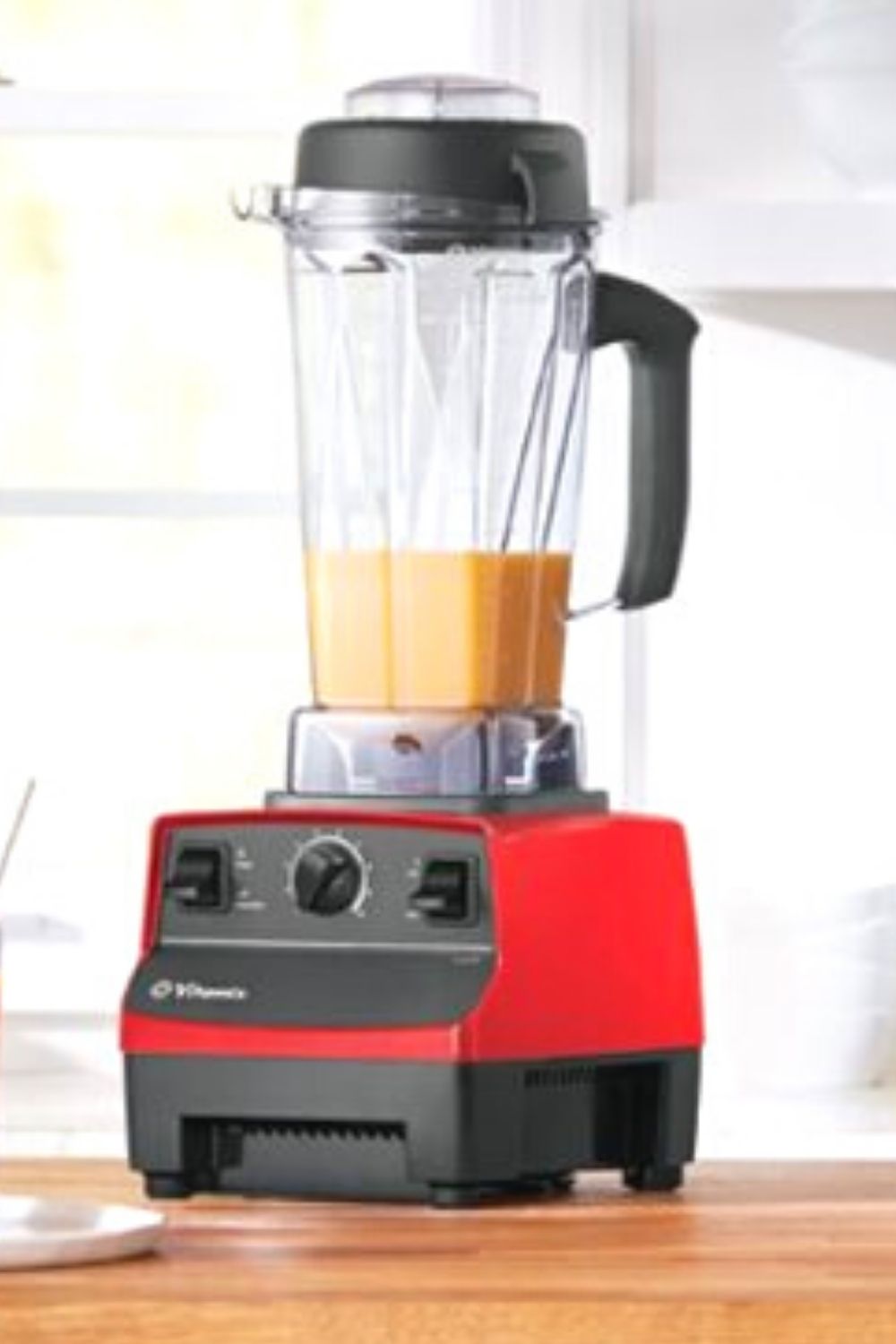 Blenders come with four major components. There's this motorized base, a set of sharp blades (which are often removable), a pitcher, and a lid.

The base basically has all the controls of the blender. You may find the speed settings or a whole mix setting that includes the on and off buttons. When it comes to the shape, blenders are mostly conical. They’ve got handles and spout so that you can pour the liquid easily on a cup.

Onto the bottom of its pitcher, you’ll find the rotating blades that are screwed together with it. So, when you want to clean it, just remove them easily within seconds.

The lid will go on the pitcher’s top where it should fit snugly. You can equip it with a removable plug. If you remove the plug, you’ll be able to add more ingredients while blending.

Now, when it comes to having different parts and attachments, most blenders don’t come with one. However, some high-powered blenders in the market do come with such features.

It’s basically an electric appliance, versatile enough to help you prepare almost all types of foods in a lot of ways. Whether you’re talking about shredding, chopping or even mixing a dough, a food processor is a perfect catalyst to do your job as if it’s a walk in the park. So, the task that would take 30 mins to cover, you can do it in 10 minutes.

A food processor comes with four major parts. There’s a base, a set of blades that you can remove any time, a lid, and a clear plastic body. You can find the pulse controls and the speed right on the bases. 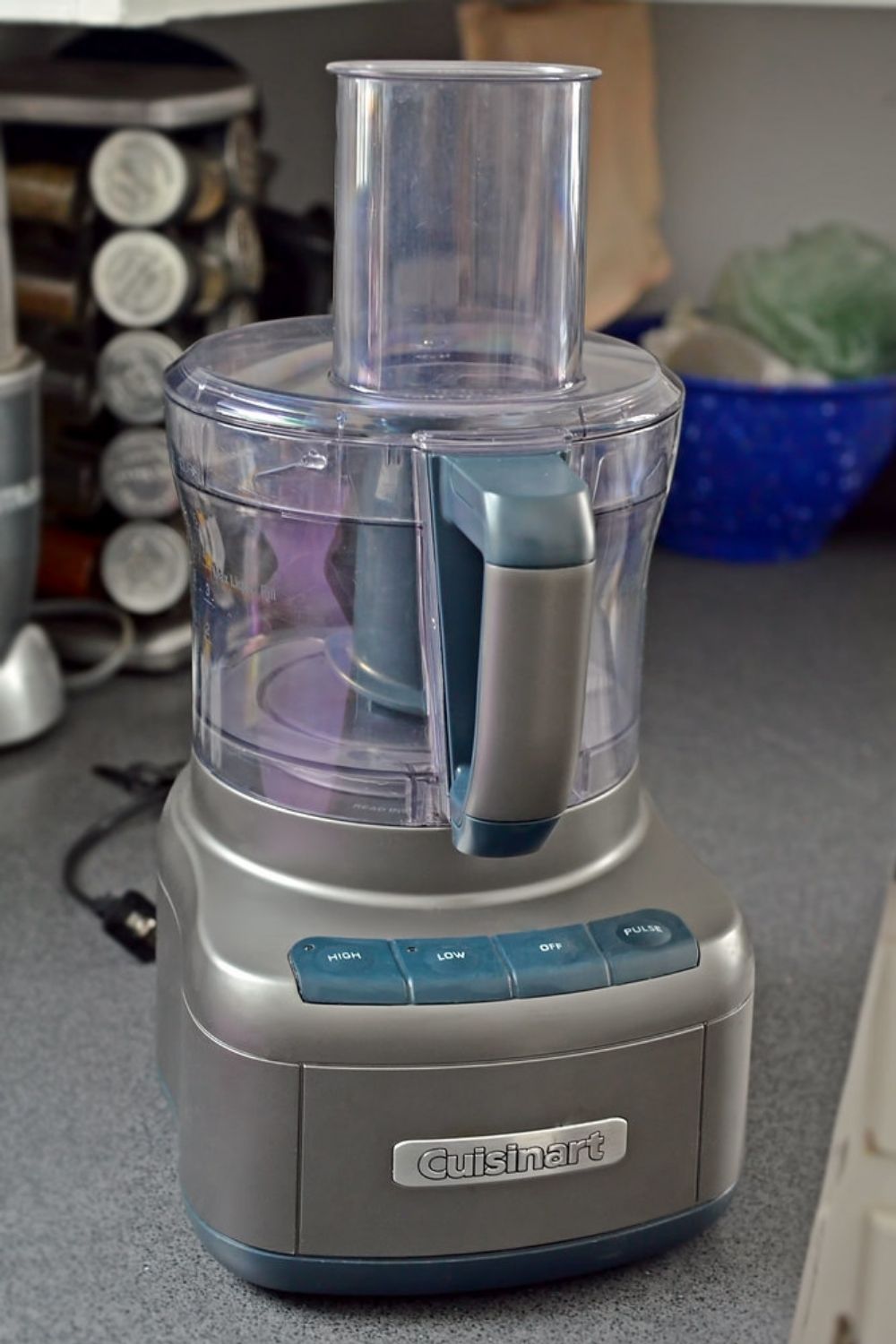 Usually, food processors are wider and spacious in shape. In fact, they’ve more space than blenders. As a result, it allows you to accommodate larger recipes. The lid comes with tall feed chutes. For which, you can add ingredients as you mix things up.

Bear in mind that they’re not a good choice for blending liquid ingredients.

The Actual Differences Between A Blender And A Food Processor

Both of these charmers indeed make your life easy. However, they do have some differences and it’s quite obvious. As I said, people easily get confused by their looks and some functionalities. So, let me break down the differences for you.

According to Bonapetit, Power is everything when you'd want to crush the tough ingredients bit by bit and turn them into a liquid. This is where blender has got the ball in its court. The blender motor with is stronger and more powerful than that of a food processor.

As a result, the blades spin more quickly, allowing you to have a silky smooth texture in the smoothie or juice. However, the blender blades come with aren't that sharp. They're blunt, yet, powerful enough to meet your demands.

The container of a food processor, also known as a work bowl, is a bit broader than that of blenders. In fact, it's a bit shorter as well. However, as I'm saying it's broader, it means it really has more space than a blender. For which, you can insert a lot of ingredients (dry or liquid) in it.

Blenders, however, come with a tall container which is known as a jar or pitcher. As for work bowls, they’ve got dry volumes compared to pitchers.

Difference In Attachments Come with

Blenders mostly come with a set of blades along with one jug. If you go for an expensive one, you can get extra jugs which are great for dealing with dry goods. Food processors, on the other hand, come with a versatile number of attachments. You’ll get slicers, dough blades, graters, and so on.

This will make sure you can utilize the appliance more while processing a huge amount of food pretty fast in a simple way.

If you’re talking power, blenders come with more powerful motors. The reason the makers include such motors is probably that blenders need to create smooth textures.

Even if you talk about the most powerful food processor for homes right now, it can yield 1300 watts at best. On the other hand, home blenders can go up to 2 horsepower, which is about 1470 watts.

Difference In Their Objective of Use [Things They Can Prepare]

Want to know what things you make using blenders and food processors? Well, it’s no wonder that blenders can make smoothies and shakes pretty well. However, you can also prepare thick sauces and dips too. As for the peanut butter, you’re going to get the yum, that I can tell you. Besides, you can also prepare hummus, purees, and dressings.

As for food processors, chopped vegetables and dough are the most common things you can prepare using a food processor. However, you can go for shredded cheese and butter. Besides, you can also make dressings, sauces, and hummus.

When Should You Use A Blender?

Blenders, especially a high-speed one is not always necessary. Besides, you need to do your math on what type of job you’re going to achieve with it. Well, let me tell you when you should go for a high-speed blender. To give you a clear picture, we’ve chosen Vitamix, a blender used by millions.

If you do your homework right, the first name that will pop inside your head while thinking about a high-speed blender is Vitamix. This one is a professional-grade high-speed blender and you’ll be able to find it in most coffee shops; yep it’s that famous.

No matter what solid of an ingredient you’re talking about, this son of a gun can pulverize anything. From classic blending tasks like making smoothies, sauces, dressings, purees, soups, plant milk, you name it, your blending experience will be an absolute breeze.

Plus, when it comes to making thick blends like nut butter, icy drinks, dips, and spreads, this beast right here can perform like a pro. So, it’s pretty obvious that a blender is a thing you should go for when you need to blend something. And if the blender is something like Vitamix, you got the game, my friend.

I know it’s a bummer when you’ll want to grind nuts, legumes, seeds, and grains. If you go for a standard blender, you might get a hard time solving your ‘grinding problems’. It’s because it will take a long time for you to get the ‘mealy’ texture. Plus, hard grinds can damage the blades and motor.

This is why you should go for a high-speed blender. I’m not going to say, ‘Go! Go! Vitamix’ and no way they’ve paid me to promote their blender, HAHA! However, it won’t be too bad if you go for it. At least, you’ll be in the safe zone because this blender comes with a full-throttle, thanks to its blades.

Guess what you need to use while crushing ice cubes? Blenders! Unlike food processors, blenders can crush ice and turn it into snow. However, you can’t rely on low-quality blenders, can you? If you choose something like Vitamix, shaving and crushing ice will take a snap.

When Should You Use a Food Processor?

Like Blenders, food processors have their zone of expertise. I wouldn’t recommend you to use a food processor to prepare juice, no. Rather, if you stick to the job it’s supposed to be good at, you’ll be lucky.

For Chopping, Shredding, Slicing, and Grating

Blenders can chop, true. However, they’re not as effective as food processors, especially when you’re talking large quantities. Think of cauliflower risotto, shredded cheese, breading that comes with chopped seeds and nuts. Don’t forget coleslaws that have got thinly sliced carrots, onions, and cabbages. And this is what makes a food processor different than blenders.

You see, blenders can’t do the slicing part. On the other hand, food processors can slice the veggies while maintaining the right adjustment. It’s super-fast, efficient, and easy.

Love making pastry? Blenders can help you in more of a beautiful way. However, when you’ll need heartier dough, aeration, pie crusts with a sturdy texture, you’ll have to go for food processors. Why? Because the blades they’ve got can help you while kneading.

Though I prefer blenders when it comes to mixing, food processors can do the task as well. You might want to use it for mixing when your blender's probably dead and you need an emergency backup right away. However, don't expect too much. The result won't be as smooth as what you can get from a blender. But when it comes to making raw desserts, food processors will get my thumbs up.

Which One Should You Pick? - Our Verdict

So now that you know the difference between a blender and a food processor, it’s time for you to decide which one you should go for.

I’d choose a blender when it’s all about dealing with items that need a lot of liquid. You can make smoothies, juice, and soups for example. Besides, blenders give you thicker mixes when you make dips and sauces.

However, when you’d want to chop down foods that are more like ‘real solid’ stuff, that’s when you’ll need a food processor. Besides, as I said, a blender can’t slice things. So if you’re up for slicing something, a food processor is your best bet.

So, you see? Different situations will call out for either one of them or maybe both of them. It’s you who should decide which one you should go for.

If I were you, I’d keep both of them in my kitchen. So, rather than asking what is the difference between a blender and a food processor, you should make a space for them both.

By the way, If you want to keep both of them in your kitchen, you can choose a blender and food processor in a package together. To check some popular blender food processor combo reviews and their features, go through this article.

Blender vs Mixer - Comparison, Differences, and Purpose of Use

Coffee Grinder Vs Blender: Which one is better for Grinding?